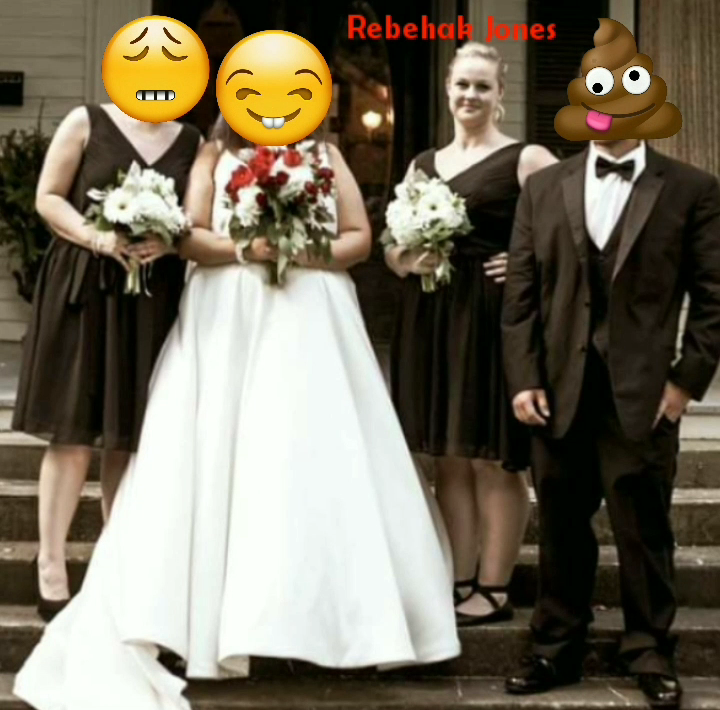 Dr. John Trotter was my mother’s doctor when she died of a heart attack on August 25, 2006. Supposedly my mother died of a heart attack, but I suspect she was murdered while she was under the care of these organized criminals because before she died they were helping her to embezzle from my trust. After she passed the organized criminals left no record that I ever owned Bonds in my trust that she was embezzling with the help of Melton Law Firm.

Dr. John Trotter is the brother of Organized Criminal Lisa Trotter Melton. Here is a photo of Dr. John Trotter with his White Collar Attorney father Cham Trotter 👇 These organized criminals are running the judicial system in Greenwood, Mississippi, but I plan to put a stop to it ASAP.

Rebekah is an American whistleblower and geographer who specializes in Geographic Information System data science. She was also fired from her job at Florida State University for having an affair with one of her students. While she having an affair with the PhD student she was an instructor in 2017.

So in other words Chris Cuomo was originally the one that brought her into my life around May 22nd, 2020. You can read about how she originally came into my life in a Blog I wrote it on this link 👇 https://psychicmediumjanepaixao.com/2020/06/27/chris-cuomo-cristina-cuomo-like-target-my-energy-body/

I thought it was about time to talk about her again because just recently it really jerked me when I could feel her energy and Dr. John Trotter’s energy with her while she was pulling on my energy out of my body during one of her targeted psychic attacks for organized criminals in Mississippi.

Who knew that Rebekah Jones is a Satanist? She sure is a Satanist that worships Satan. I’ve been receiving massive Psychic Attacks from many Satanist and most of them are self-identified Vampires and some Catholics over the past five and a half years.

Anything can change I feel sometimes with these people. I’m always on my guard. I don’t even know what’s going to happen tomorrow. If I’ll be alive let alone if I’ll be targeted with psychic attacks again by Satanist trying to pull my energy out of my body through negative energetic attachments.

What made me aware of the fact that she had to be a Satanist was when I noticed Rebekah Jones call press secretary Kayleigh McEnany not a Christian on a tweet on Twitter speaking to one of her Twitter friends. when I saw this statement I was very upset and had to speak my piece about how she is a Satanist and has been targeting me trying to kill me with Psychic Attacks.

Press secretary Kayleigh McEnany works for President Donald Trump and is a Christian. Rebekah Jones has no room to talk shit about her when she is way out of line. She is just another Satanists trying to put down a Christian and make herself look better then someone who worships Jesus. Well you’re not better than her!

let me show you a video that Kayleigh McEnany would never be in because she’s a Christian. In this one man show Satanist Josh Fox from New Orleans and Brooklyn New York interviewed Rebekah Jones on his Staying Home with Josh Fox show. Here is a screenshot of his Twitter page that Rebekah follows 👇

I for one was not impressed with the interview, but hey not much impresses me about overweight Satanic Rebehak Jones. What compels people to look into what she’s trying to feed you and believe on Twitter it is beyond me. As long as these celebrities and people of power are promoting Satanist like this one then our country is going to be fucked. They don’t care about us they care about chaos, they care about themselves and hurting other people to get what they want.

I’ve been having Satanist try to kill me for over five and a half years going on 6 years. The scary thing about it is that these people are targeting my energy body for Presbyterians and Catholics and some of the people targeting me with Psychic Attacks are Catholics.

So this concludes my blog. I hope you enjoyed reading my blog. Be sure I will keep everyone posted about any more psychic attacks that I received from people trying to kill me.

Please don’t be a like me, a victim of psychic attacks. You can also find me at Pinterest at this link https://Pinterest.com/energypredators or you can follow me on Twitter at this link https://Twitter.com/psychicmediumjf Learn to protect your self from Energy Predators and people who are targeting you with Demons and Psychic Attacks